How Unlimited PTO Disguises the Lack of Autonomy in Corporate Culture

Seeing through the reality of unlimited PTO as an entrepreneur 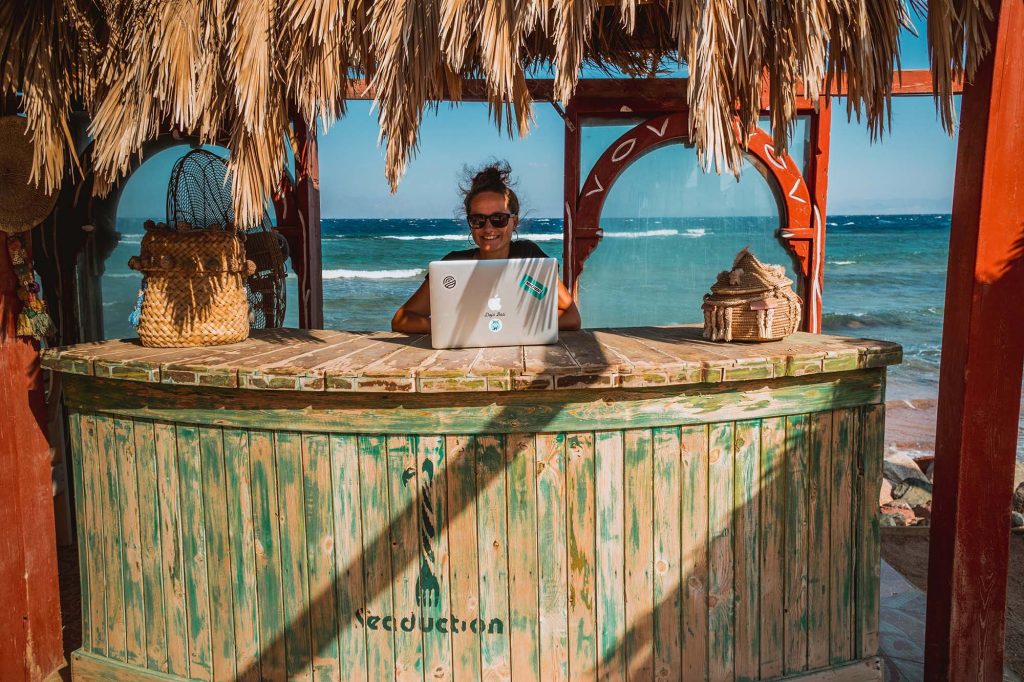 I was born a very skeptical child.

When adults told me something, I always questioned the validity of their advice and source of information. I always did my own “investigation” and “research”, to the extent that a 7-year-old child could perform, to find out things on my own.

When tech companies started to become the hot child of the job market years ago, the term “unlimited PTO” began to pop up everywhere.

I immediately stopped when I first saw this incredibly attractive offering.

It’s too good to be true — I thought to myself. What’s the catch?

The Catch of the Unlimited PTO

As I experienced more of the corporate culture as an employee myself at many different companies, I began to understand the catch of the Unlimited PTO.

Like they say — if something sounds too good to be true, it probably is.

It’s no different for unlimited PTO.

In theory, the unlimited PTO was meant to give more autonomy to employees by allowing them as much time as they need to take care of themselves and their families outside of work.

It is exactly what a good employer should do, which is why it is almost ubiquitous as an employment perk in job postings nowadays, especially in the venture-funded startup world.

In reality, does it live up to the lofty ideal?

Let’s hear an anonymous testimonial from “Jerry” as told to The Muse. While the company Jerry interviewed for listed unlimited PTO as one of their perks, like so many other employers, he was barely able to take more than 2 weeks off when he started working at the company.

As someone who just joined the company, he didn’t want to seem unmotivated by taking too much time off.

What’s even worse, many companies with unlimited PTO policy don’t have to pay out the unused vacation time to employees when they leave, because heck, there is no balance to begin with.

What’s even worse, many companies with unlimited PTO policy don’t have to pay out the unused vacation time to employees when they leave, because heck, there is no balance to begin with.

An idea that started out with a somewhat idealistic premise now doesn’t sound so favorable to employees, who risk being viewed as lazy for taking too much time off and don’t get any payout when they leave.

In reality, it reminds me a lot of the “job guarantee” offer that many tech bootcamps promise, now as an education business owner.

It is a marketing gimmick (for the employer brand)— not anywhere near as good as it sounds.

How Many Times Have You “Faked Busy” In An Office?

The single most important premise of the unlimited PTO policy is the promise of freedom and autonomy for employees.

The fact that it failed isn’t surprising because there are so many other areas in a typical corporate environment that discourage autonomy.

One simple example — even after the millions of deaths we experienced as a world in the time of COVID, many companies, especially in the financial industry, are still reluctant to allow employees to choose whether or not they can work-from-home.

One of my friends was recently laid off due to the fact that she moved states and now the company does not want employees to work from home anymore.

Another example is the “fake busy” phenomenon.

How many times have you faked doing something when someone walks by your desk at work, especially your boss?

I know I certainly have — almost every single day when I was employed in corporate.

The reason that so many of us can’t help but fake busy is the deeply-rooted culture in companies that instilled fear upon us — if we don’t look busy, we are probably not working.

And there goes the salary raise and promotion out the window.

When a company does not build a culture to trust employees to work whenever and wherever suits them the best, no amount of “perks” like unlimited PTO will work.

It is like putting bandage on a big open wound that actually needs stitches.

The loss of autonomy doesn’t just happen during work. It happens after work, even if you are lucky to not have to answer emails after work hours.

The culprits are team building activities and office happy hours.

Having worked both in Asia and America, I have to admit that things are not as bad in America. In some Asian countries, drinking with your bosses until 2am is almost mandatory if you don’t want to be fired.

In America, the version of “drinking with your bosses” is less extreme, but the spirit is the same.

The goal is to unite the team, lift up the spirit and blow off some steam, if you will, after work.

It sounds like fun, but the problem again goes back to autonomy.

No matter what your company says, even if you are promised a “flat hierarchy”, there is a hierarchy at work. Otherwise, organizations cannot function.

If someone who holds power, a.k.a. your boss, proposes a team outing, there is always going to be pressure on you as an employee to join.

You are afraid of being seen as not caring about the team or not going above and beyond if you bow out too many times. You are also afraid to miss critical information your boss may divulge to your other colleagues if they are present and you are not there.

One time, I had a cringe-worthy experience with a former boss who received a group bow (which is odd given that we do not live in a culture that bows) during a team outing when every team member was trying to suck up to said boss.

When I spoke with another colleague on the team who cringed as much as I did, he agreed that we should coin this phenomenon “feigned camaraderie”.

The loss of autonomy is again perpetuated by the long-standing culture of soft pressuring employees to feel and act like a team, a family or friends outside of work.

Sweeping these problems under the rug and using unlimited PTO as a shield again proved to be not the least effective.

What happens to acknowledging that everyone is just here to work, get things done, get paid and go home to our personal lives?

I Exchanged “Unlimited PTO” with “No PTO”

At this point, I may sound like a disgruntled former employee. But I am not.

I’m grateful of the many opportunities I have received because I worked in a corporate environment. I’m even more grateful for the many lifelong friends I made who I still keep in touch with regularly.

However, when I found my calling in entrepreneurship, I did not hesitate to leave — because I know I can now reclaim the autonomy and change the way things are.

When I left the corporate world and became my own boss, I exchanged the “unlimited PTO” with “no PTO”.

I no longer have a “work-life balance” in the traditional sense.

But I am so much happier. I have not been stressed as much and have not had an anxiety attack in over a year.

Because now, instead of clocking in and out, I work when I need to. I have meetings when I want to.

I can work 3am in the morning and sleep at 9am, which I don’t do due to myself not being a night owl, but it’s nice to know I have the option.

I am never being dragged into a boring 2-hour meeting again. I only put things on my calendar when it makes sense and is productive. All of my meetings have a 1-hour limit.

Sure, I have no more PTO, but I can plan ahead to save up enough money so that I can travel when I want to. 2021 is the year I traveled the most.

As I’m building up my own company, I vowed to do it differently.

To put it simply, I believe PTO and many other corporate benefits are illusions.

The economy of work is simple — you work and produce value for a business (either someone else’s or your own) and you get money in exchange.

We can buy almost anything with money, except health and love.

Instead of diluting the pay with benefits, how about we straight up pay employees more and let them choose how they want to spend their money on, when and where?

Think of it like this, if you are an entrepreneur and you are away from your business, you need to find someone to take over for the time you are gone to make sure the business is still running.

It’s the same thing for an employee — work as much or as little as you need, as long as you are able to deliver the goals set jointly by you and the business.

When you want to be away from the work, discuss with your manager so that they can find someone to cover for you, either a temp worker who gets paid hourly or someone else on the team who will be paid extra for the time they cover for you.

You as the employee, can plan ahead for how much vacation you can set aside your budget to take, just the same way as an entrepreneur.

In the case of family emergency, extenuated circumstances, bereavement or medical leave, the company will offer paid time leave.

For employees with long service and outstanding performance, offer paid sabbaticals as a reward.

Abolish the system of “unlimited PTO” that is more often than not a fluff and give employees the autonomy and freedom they deserve as fully-grown adults.