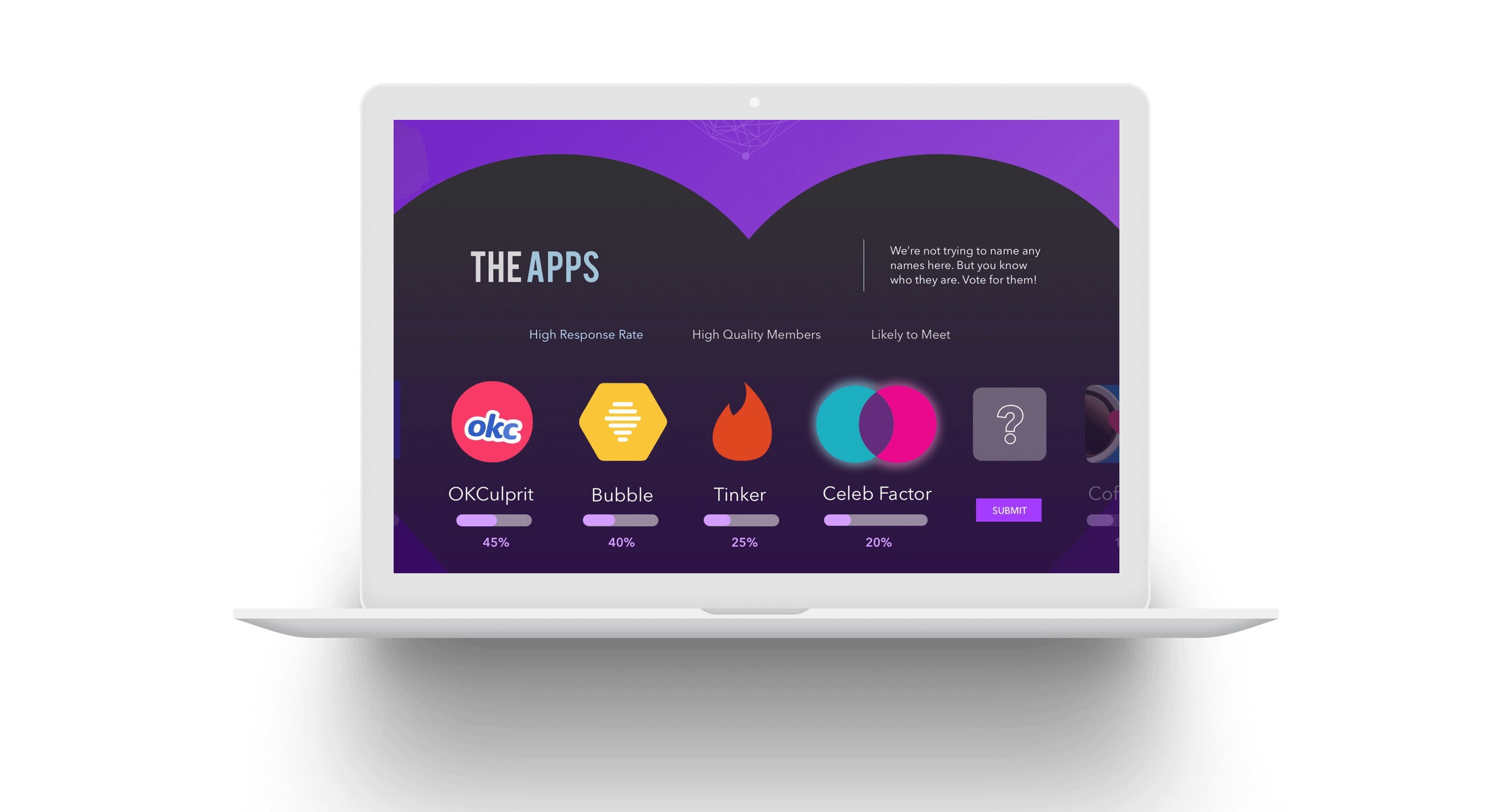 The Modern Dating Ventroom is an interactive web page that introduces the frustration of online dating in a humorous and satirical way. It is an award-winning design that received 6 international design awards, including A’Design Award, American Web Design Award, CSS Design Award, W3 Award, Summit Creative Award and Davey Award.

The web page begins with a “throbbing heart” animation and introduces users to some of the most popular dating apps on the market with a slider that users can vote on. Users are also encouraged to submit their own apps to be included in the future.

The second section introduces users to some of the most popular profile types with illustrations and a short description of their persona. Users can also submit their own personas if want to contribute to building this database.

The third section showcases disturbing yet funning dating app messages that people have received with animation. Users are again encouraged to submit their own dating messages foibles. 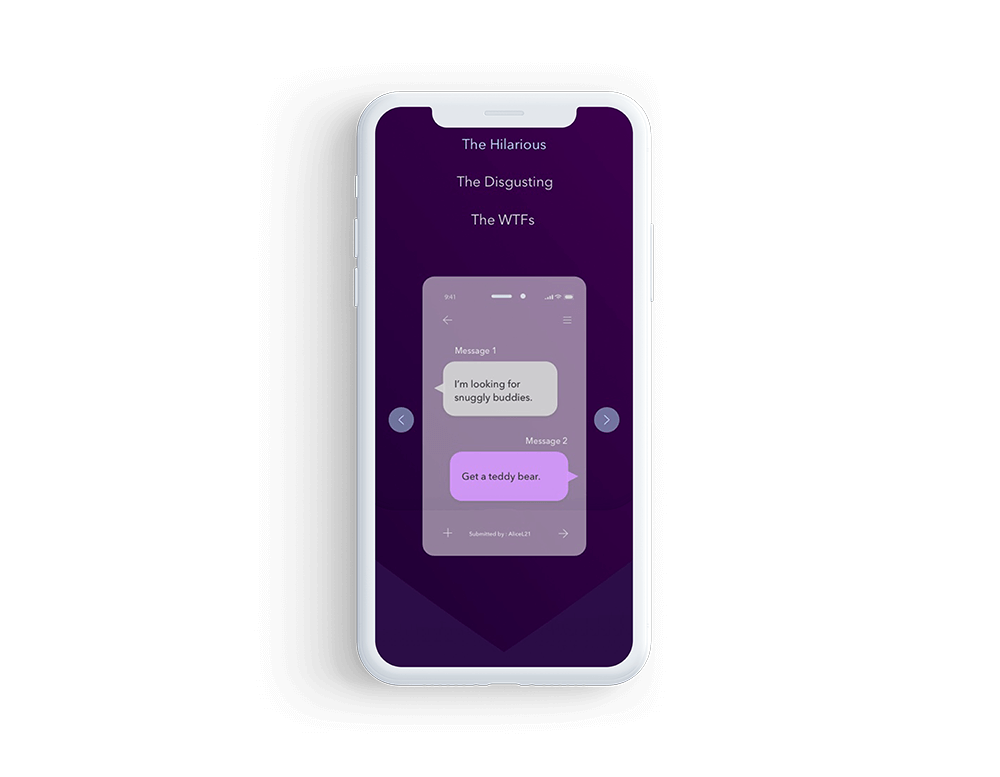 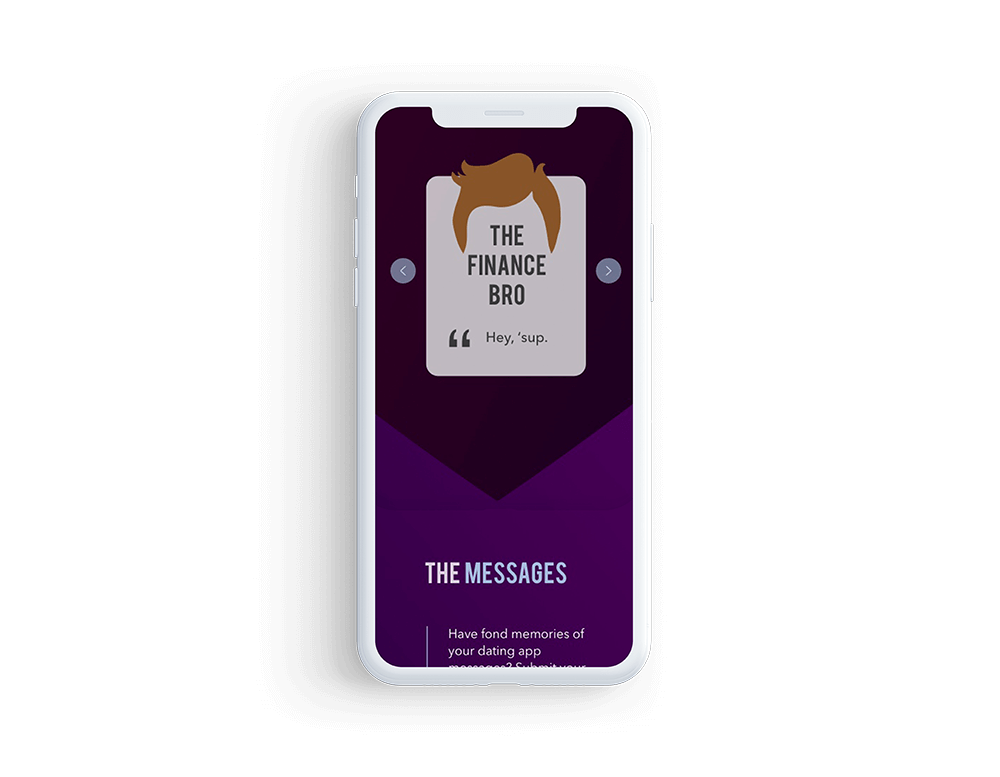 The design uses 3 big heart shapes in the background artfully as dividers. A vibrant blue, magenta and purple gradient is used to define the playful tone of the page. These colors are also indicative of the nature of the subject.

The website is designed as a landing page to encourage discussions of the modern dating experience. 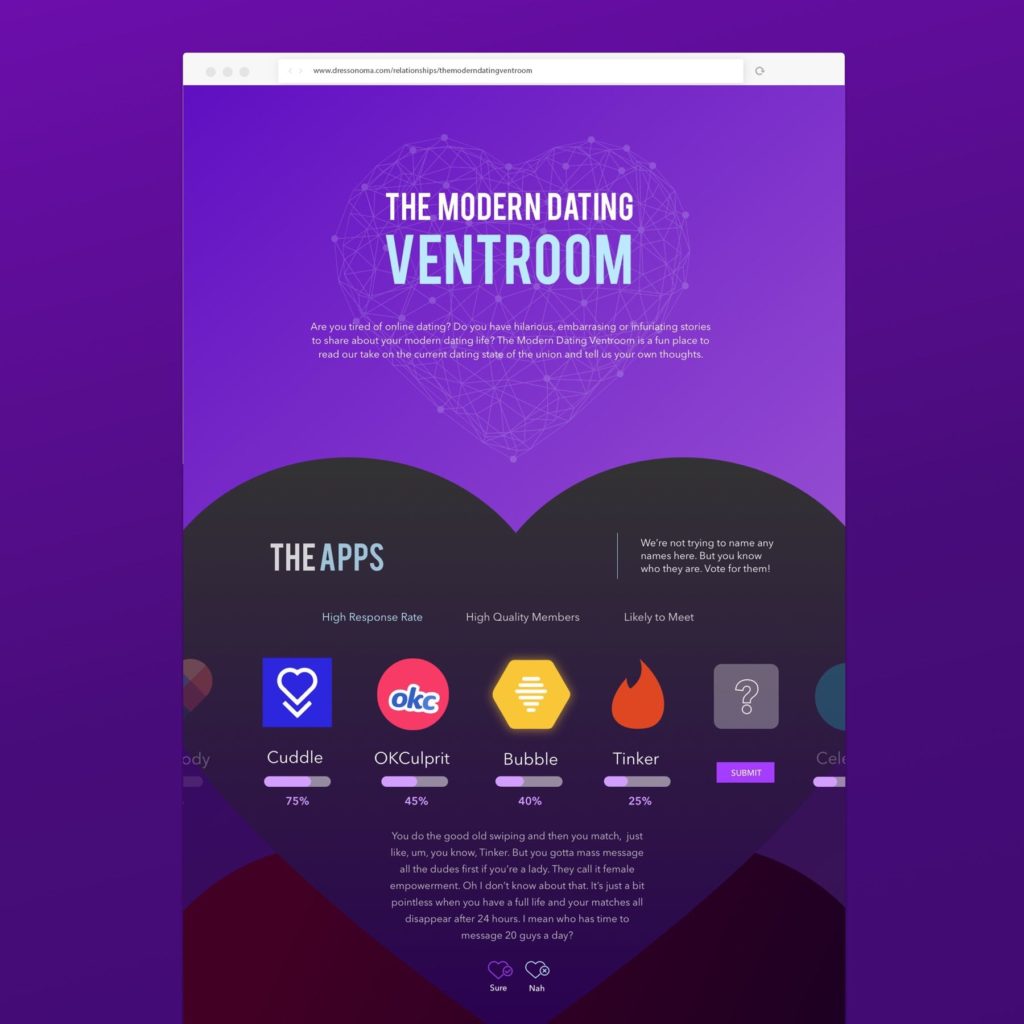 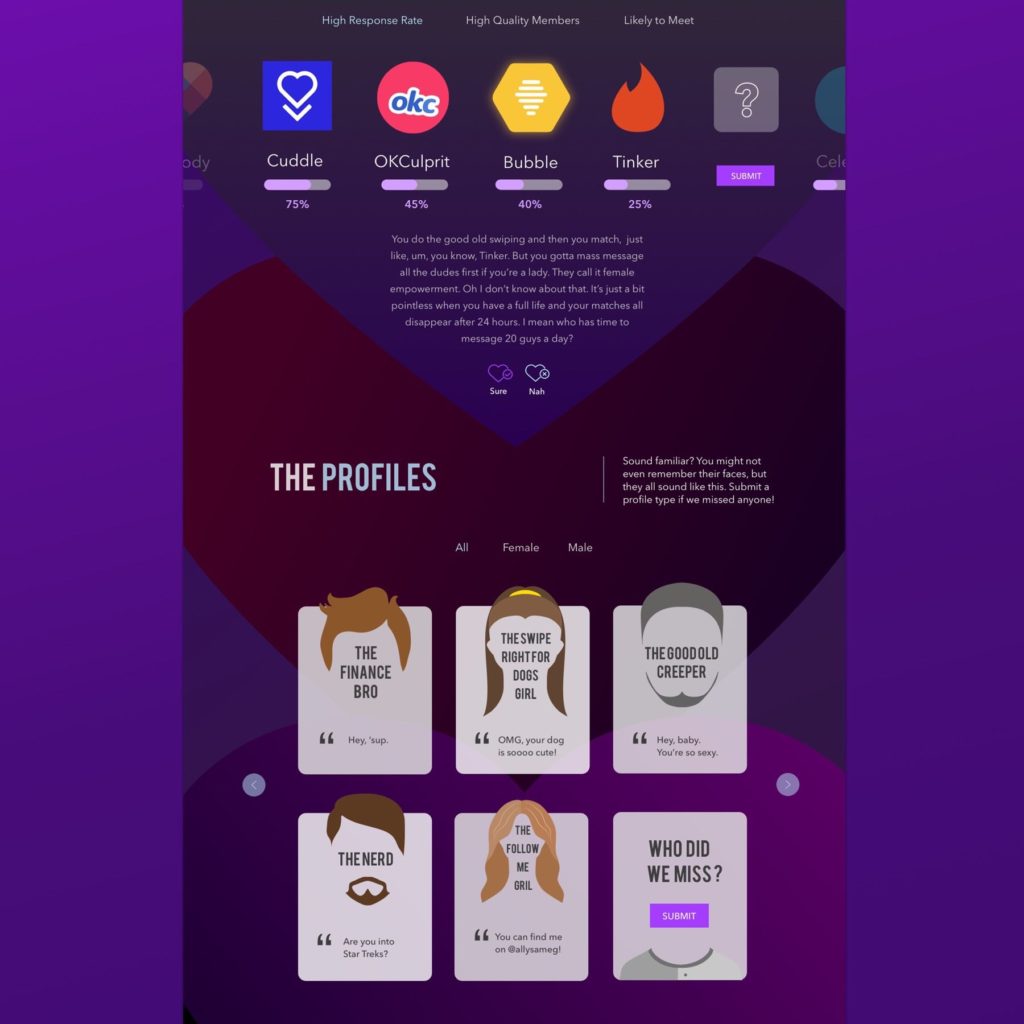 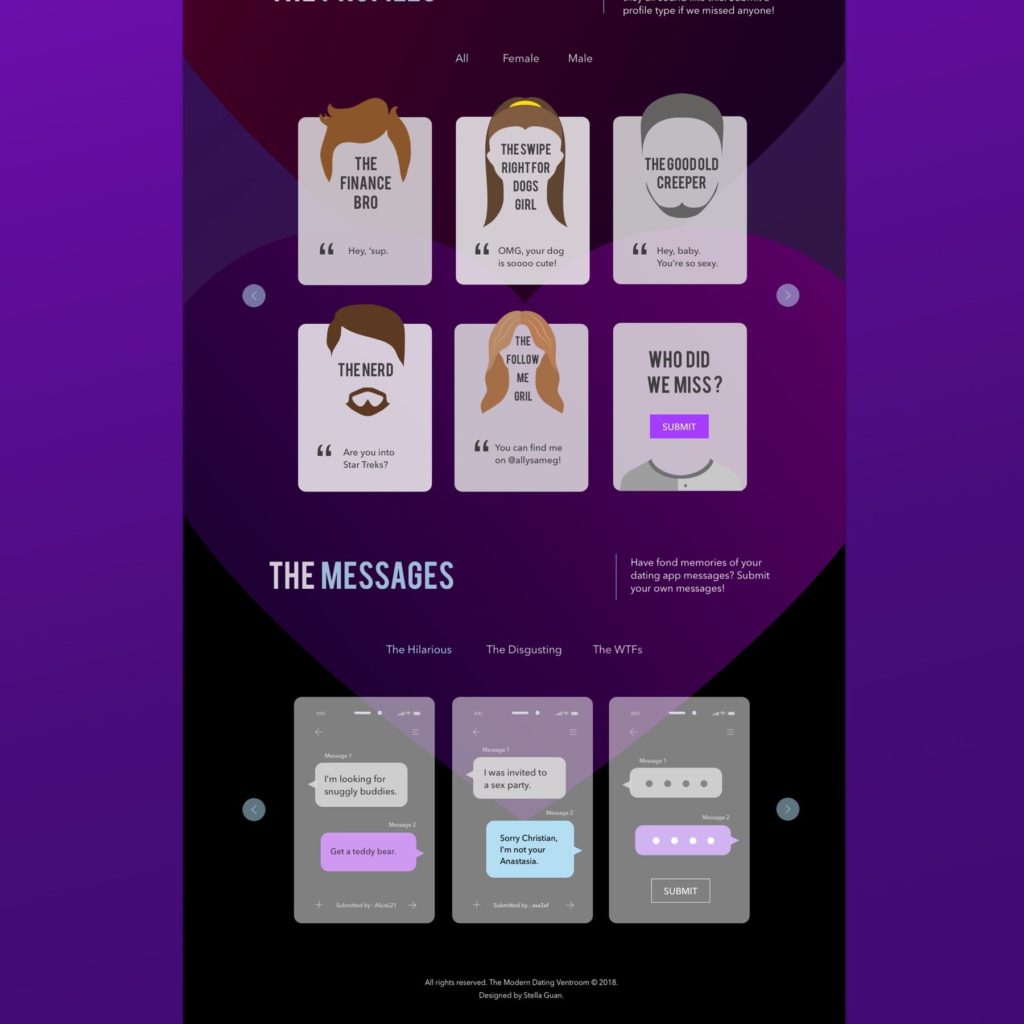