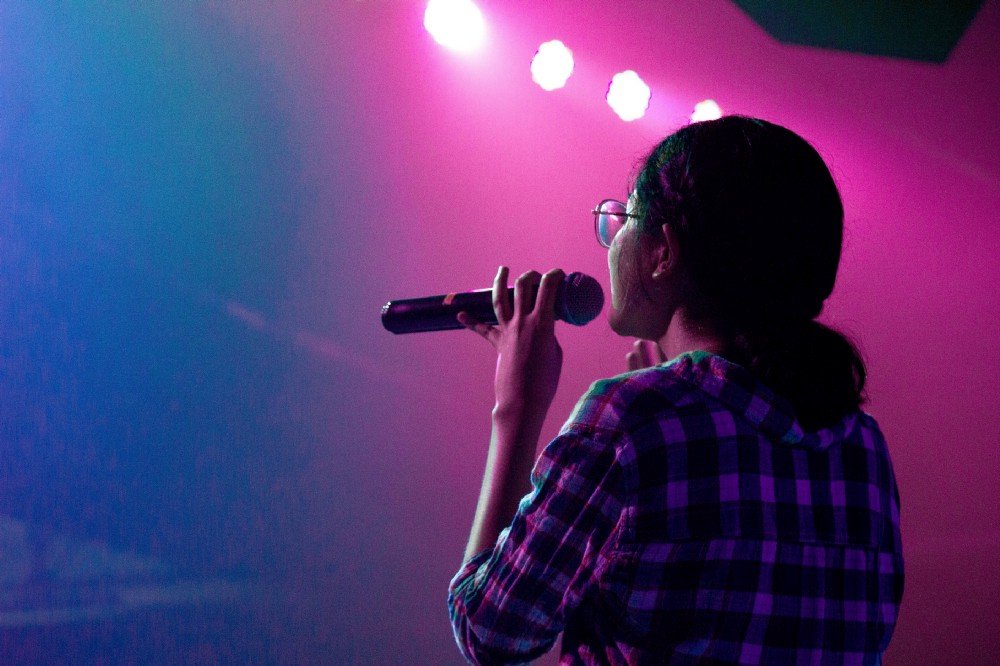 As far as I remember, I’ve never been a speaker.

At work, I rarely have to do presentations. I’m a graphic designer. My work speaks for itself (hint: this should be read in a sarcastic tone).

As a child, I’ve been on stage semi-regularly performing pipa, a Chinese instrument I had been playing since I was seven years old. Having that experience, stage fright is not really an issue for me, but I still don’t consider myself an “on-stage” person.

I never would have thought to go on an email spree reaching out to every conference in my industry pitching my speaking ambitions. And that’s exactly what happened in January, 2019.

As I was preparing to become an entrepreneur, I thought I should start going out there and promote myself. What’s better than sharing my knowledge, promoting my services and traveling for free all at the same time?

Shine As A Nobody

As soon as I made up my mind, I started doing extensive research on creative industry conferences. Since I was a newbie to speaking, I knew I had to shine somewhere other than my experience. If nobody knows who I am, I will need to blow them away with the content of my proposal.

This means I can’t blast out a generic pitch to every conference. It’s the same as applying for jobs — you need to tailor your pitch. Only that it takes much more work than customizing cover letters because you are essentially creating a body of work for every pitch.

The art of marrying my expertise with the theme of each conference is both difficult and exciting. It goes back to the core of me as a creative — making something out of nothing.

It goes back to the core of me as a creative — making something out of nothing.

Capitalize On Your Niche

At the time of my first pitch, I was working as an in-house designer for a Fortune 500 financial institution. I figured that the big name value of my employer at the time would work to my advantage. I knew I will most likely be welcomed to conferences for in-house designers.

One day, I came across a call-for-speaker announcement for an in-house design conference hosted by Registered Graphic Designers (RGD), one of the most well-known graphic design associations in Canada. I didn’t waste a minute to submit my proposal.

When writing the proposal, I paid close attention to picking the right problem to address — a problem that is both a major pain point for my peers and something that I have experience solving (or improving).

My proposal “How to Turn Difficult In-House Clients Into Your Cheerleaders” was accepted promptly by the RGD. I got my very first speaking gig! And best yet, it’s in a new country I haven’t been to so I get to travel a bit after my speech — all on the conference’s dimes.

Go as Attendee, Come Back as Speaker

Around the same time when I received my first speaking invitation, I also heard back from Altitude Summit, a highly-popular creative entrepreneurship conference. It wasn’t such encouraging news as they informed me that their call-for-speakers has closed. But for some reason, they are willing to offer me a free pass to attend the conference. I couldn’t believe that I scored a free ticket just by writing an email!

I couldn’t believe that I scored a free ticket just by writing an email!

Even though I will have to pay for my own flight and accommodation, I think it would be a great opportunity to network without a paying a hefty price.

And boy, was I right. It turned out to be the best conference I have ever been to. Unlike most other events I have been to, this conference somehow managed to create magical connections between attendees and speakers effortlessly. There was no awkward small talks or boring workshops. Without even trying, I ended up with meaningful business and personal connections that last well beyond the conference.

The best part is that after checking out what the conference was about, I was able to write a winning pitch that ultimately brought me back to the conference as a speaker this year.

If there is a particular conference you want to speak at, going as an attendee first is like checking out the open house before buying a home. You can learn what they expect from speakers by hearing the presentations. When call-for-speakers open up for next year, you will be more prepared to write a winning pitch.

It’s as simple as “watch and learn”.

It’s as simple as “watch and learn”.

One Thing Leads to Another

A few months after I finished my first speaking gig in Canada, I was contacted by an organizer for NAAAP National Leadership Convention, one of the biggest Asian American conferences. Apparently, they had found an article written about me from a few years back and wanted to invite me to be a speaker.

It took me a minute to remember the article — it was from a small organization that featured me as an Asian American influencer to follow. It was more about my brief stint as a fashion blogger but somehow got me discovered as a speaker. And for the first time, I didn’t have to pitch.

I was surprised and thrilled. There, I landed my second speaking gig — by laying down the groundwork without even knowing.

Later that summer, a similar message landed in my inbox. It was from a conference organizer at HOW Design Live — a major industry conference that I have always wanted to speak at. It is so well known that I didn’t think I have a chance, not to mention being contacted without pitching.

I asked the organizer how she found me. Apparently, she discovered my speech at the RGD In-House Design Conference in Canada and thought my experience would be a great fit for the HOW Design Conference. What surprised me is that the RGD conference was very much low-key and not highly-advertised. But there is nothing one cannot find through a bit of research on the all-mighty World Wide Web!

Needless to say, I was beyond excited to be invited as a speaker at HOW Design Live. It is a milestone that I achieved less than a year of actively trying to be a speaker.

Get Paid to Speak

Almost a year after I initially started to speak, I was offered a speaker’s fee for the first time.

Unlike getting a job, being a speaker usually starts out as a volunteer gig unless you are already famous. It’s similar to creatives building their portfolios as interns before being offered full-time positions. Only that in the field of speaking, people expect speakers to speak for free way more often than companies expect employees to work for free.

It’s completely reasonable to do it for free in the first year because you are still building out your experience and credibility. Once you have spoken at a couple of conferences, received some positive reviews and put together a nice speaking reel, it’s time to ask for your worth.

Even though it’s cool to get free travel and provided with the opportunity to network with industry luminaries, let’s not forget it’s still a job. In fact, preparing for a new pitch takes an average of 3–4 months. That means speakers have to sacrifice many of their nights and weekends, not to mention that the time spent at conferences is also time away from their other profit-generating activities.

Furthermore, female and minority speakers are much more likely to not be compensated. Much like the gender and race pay gap in traditional jobs, it’s up to us to fight for our worth.

As I transition to becoming a more experienced speaker, I am learning to negotiate payment for my speaking activities. I have also been turning down opportunities that doesn’t feel like a fit financially or otherwise.

In the creative community, there are a few luminaries I admire. Timothy Goodman, a New York-based visual artist known for his beautiful mural work, is one of them.

Not only is Timothy a highly accomplished artist, he is also a vociferous advocate of diversity and inclusion in conference speaker curation. He has posted many times on Instagram that he turned down invitations to speak at conferences that do not have a diverse lineup.

As an Asian woman who is also a first-generation immigrant, I know all too well that opportunities are not given to us equally. Whenever I am invited to speak at a conference, I not only feel empowered but also want to do more to encourage conference organizers to make a conscious effort to include speakers from all backgrounds and compensate them fairly.

With my fair share of rejection letters, Year 1 as a speaker has proven to be rewarding. Overcoming my own Imposter Syndrome, I feel humbled that my lack of experience and fame hasn’t stopped me from earning invitations to share my knowledge.

If you also dream of being a speaker, regardless of your expertise, don’t wait to be invited. Pitch. Network. Watch. And learn. The next keynote speaker could be you.