It’s Us, Not Them

Learning from my most memorable failed dates 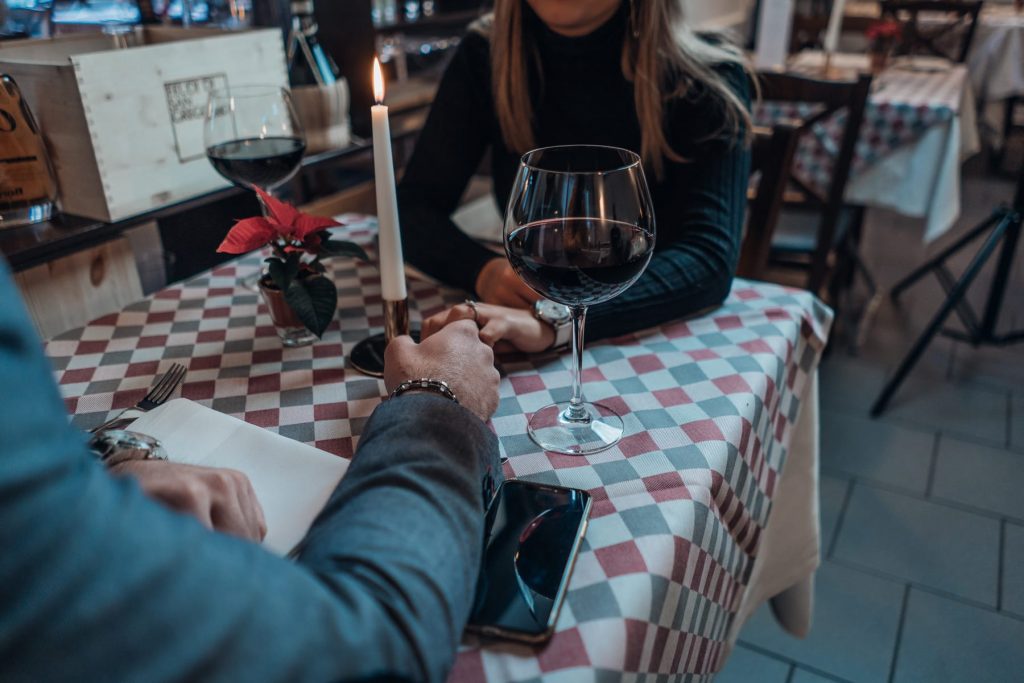 What a lovely antithesis to the oh-so-familar “It’s not you. It’s me”.

We often hear frustrated daters whine about how modern dating has become a mind-numbing chore. I used to be that person. After all, the dating scene nowadays is nothing short of brutal.

Compared to my professional resume, my dating resume is abysmal.

I have not yet slept with half of Manhattan like Samantha Jones in Sex and the City nor have I snatched myself a husband like most of my college and high school classmates.

At a certain point, after swiping through all eligible men in the 25 mile radius, I started to wonder — is it possible that it’s not them?

Could it be us?

I decided to reflect on some of the most memorable dates I’ve had in my 20s to find the answer.

When I first started online dating, I met Guy #1 through eHarmony. Yes, you read it right. Rather than going with free websites, I, fresh out of college, decided to go straight to a paid website that claimed to be full of marriage-minded singles. Talk about shooting for the goals!

He looked handsome in his photos and even better in person. Needless to say, I was thrilled.

He told me that he had “tweaked” his age up a few years so that he appears more date-able to older women (i.e. casting wider nets). All right, no biggie. Minor lies, who cares?

Then he went on to tell me how he mostly dated Asian women and that he has a fetish for us. Yes, he really said that. I started to feel a little uncomfortable but decided to let it slide.

The following week, he got majorly drunk at a club on Friday night and called me at 4 a.m. demanding to hang out (a.k.a. sex). I was not thrilled and told him that I wouldn’t go out at four in the morning and that I will see him in the afternoon.

When I saw him later that day, he was extremely hung over and told me that he couldn’t believe I still came out.

At that point, it was already clear that it was pointless. I never wanted to date a guy who has alcohol issues and booty-calls women in the middle of the night.

He went on to tell me how he would frequently go into fights with his boss at the hotel where he worked. That was the last strike. A guy with alcohol issues, Asian fetish and violent disposition? No, thank you.

Was it him? Absolutely. But it was also me because an older and wiser version of myself would never have gone out on a second date with him after seeing so many red flags.

I should also have called him out on his booty call where he pushed strongly for sex. At the time, I thought doing so was unsexy.

Throughout the years, I’ve learned to redefine sexiness — it is knowing what I want and unapologetically push back on things I don’t want.

I definitely have a thing for musicians.

Guy #2 from Coffee Meets Bagel was handsome and our conversation flowed seamlessly. We seemed to have a lot in common — both of us were the only child and loved the same genres of music.

Apart from the fact that he was a smoker, I thought he was promising.

From hindsight, he was the kind of guy who said all the right things but did none of them in action. He kept telling me that he wanted children and a family, much to my delight.

At the end of the first date, he leaned in for a kiss — or to be exact, a make out session. I was fine giving a quick peck-on-the-lips kiss, but his tongue action caught me off guard.

Ten minutes after we parted ways, he texted me “I must say, I’m VERY VERY attracted to you.”

Despite the fact that he came on way too strong after meeting me for only two hours, I decided to go on a second date because I didn’t want to write him off so quickly.

As we began to schedule our second date, his true intention started to reveal. He suggested that we meet up at my apartment for the second date, which I thought was way too soon.

Instead, I suggested that we meet at a restaurant to get to know each other more. Then he started making up all kinds of excuses why he can’t be there. After several rounds of back and forth, he texted me again that his friend’s mother suddenly passed away and he had to attend the funeral and therefore cannot meet — and of course, suggested no alternative plans.

From hindsight, he had made several attempts at letting me down easy with all the excuses but I wouldn’t let go until much later. I realized that I like to hold on to all the possible signs that something could work while ignoring all the obvious red flags that it wouldn’t.

Top Date #3: The “Dreamy in the Dark” Film Producer

I was volunteering as a videographer at a film festival when Guy #3 magically appeared in the theater where I was filming. He saw that I had the reserved seat in the center of the front row and asked if he could sit next to me.

After we sat down, he started telling me about all the movies he had watched and produced — conveniently revealing his job. In the typical dim lighting of a movie theater, he appeared very handsome. I was excited when he asked for my contact information.

The next week, we met at a bar for drinks. I had not been on a date with men I met in real life for so long. I thought they never exist anymore! Apparently, they still do — just not who we thought we had signed up for.

He looked significantly different in broad day light and I was so ashamed by my superficiality because I didn’t find him attractive anymore. We still had a nice conversation but I could not picture myself doing anything with him more than sharing a meal. He was a perfect gentleman and very knowledgeable about films and the arts, which is right up my alley.

I was so conflicted and ashamed that I had spent the majority of our conversation wishing he looked like somebody else rather than really listening to what he was saying.

He followed up with a text after our dinner but I did not reply  — or using our latest dating vernacular — I ghosted him. Like most people, I’ve always hated being ghosted (who doesn’t?). Yet here I was, committing the same crime I had once despised.

Did I totally blow the chance of potentially dating a great guy who didn’t look quite like I’d imagined? Probably. I should have given him another chance or at least politely declined with a reply back rather than ghosting him.

However, at the time, I thought it was more important to not lead him on if I wasn’t all that into him. It took me a long time to learn that not all love happened at first sight. As for “love at first sight” that somehow regressed in a quasi-comical way, it still deserved a second look.

I met Guy #4 on Coffee Meets Bagel. We hit it off pretty quickly via text. He was funny and quite a good conversationalist.

When we met up for dinner, he showed up on time and well dressed. Our virtual conversation flowed seamlessly into real life.

There was just one thing – he had a physical condition that wasn’t revealed in his photos and that bothered me quite a bit. Even though I knew it wasn’t his fault and there was nothing he could have done about it, I started to fixate on it frequently.

I had learned my lessons from my failed date with the film guy a few years back so I decided to ignore his “flaws” and keep on going. And that’s how one date turned into several.

Apart from his physical condition, there was one more thing that bothered me. He was reluctant to speak about his previous life experience. I had to ask point blank to get him to open up a little. I wasn’t expecting to hear a laundry list of past partners, but I thought at the very least, I’d like to know a little something.

It was then that he took a deep breath and said that he “made a mistake 20 something years ago and had a kid.”

I wasn’t all that surprised given that he was quite a bit older than me. In fact, I was expecting to hear that he has kids. But I wasn’t expecting him to say that it was a mistake.

I believed that regardless of the situation with the child’s mother, the kid was born into this world and that should not have been called a mistake.

I went on to learn that he wasn’t involved in his child’s life until much later but he now has a good relationship with the them.

After that conversation, I started to doubt his sense of responsibility and became distant to him, so much so I tried to withdraw my hand from his when we went to see a movie together!

From hindsight, it may not have been such a big deal. After all, no one is perfect and everyone makes mistakes, big or small, at different stages of their lives. Even after learning my lessons to give the other person another chance, I still had triggers from past relationships that lingered. Those small flaws amplified into big moral questions in my head almost instantly.

One thing I was proud of in this failed date, is that I didn’t ghost him. I had a conversation with him and expressed my concerns. I told him I think we may not be the best match and he said he understands.

For the first time, I had the courage to turn someone down politely like a mature adult.

My future remains unknown but for the first time in my life, I have never been so happy living in the present. I no longer care that everybody else my age is married with kids. I no longer envy couples holding hands on the streets. I no longer feel the need to explain my relationship status to nosy family members, acquaintances and strangers. I no longer lament that everyone seems to be so happily coupled on Instagram. And I no longer fear the ticking biological clock and that I may or may not have children.

In fact, I want to treat dating as a work in progress that we should always reflect on.

Not everything will be okay in the end, but that itself, is okay.

*This is an updated version to the article I wrote in 2018.