I Accidentally Got On The Wall Street Journal, Business Insider and The TODAY Show

Unexpected Learning From An Unlikely Experience 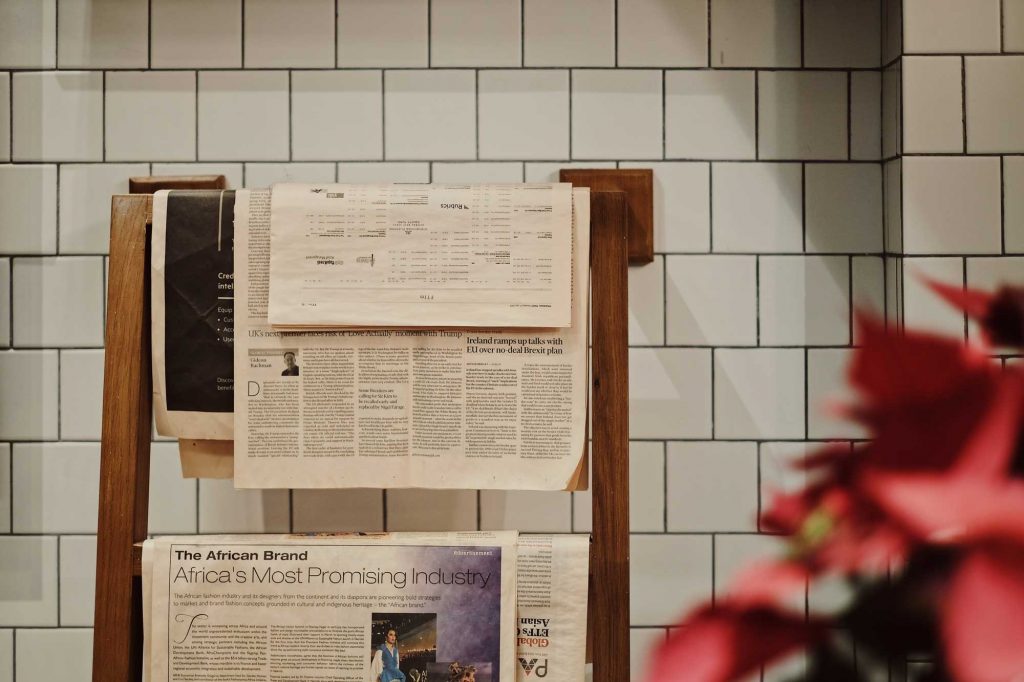 Last year, I made a huge financial mistake in real estate.

I wrote about my experience first on Medium with one simple intention — if any of my friends asks, I will send them the link to read the story instead of repeating the painful details to them over and over again.

It worked. Some of my friends thanked me for sharing my experience. One of my real estate friends shared my story link to educate her clients.

I felt good about it — at least my misjudgement will help someone else avoid similar mistakes.

A few weeks after I published it, I received a surprise Instagram direct message. An editor from Business Insider reached out and asked if I would be willing to speak to them about my experience.

Entrepreneurial Curiosity Convinced Me To Be My Own Guinea Pig

I was very surprised, but my curious entrepreneurial brain kicked in — I had started my business last year. I do want to learn how the press works in case I have a great story to tell about my business in the future.

I know this won’t be about my business at all but instead of learning about the press from some PR gurus on Facebook ads, I was tempted to take this opportunity, however unintended, to learn it myself.

After all, I taught myself design and made it my career. I thought PR would work the same way.

I agreed to the interview.

An Avalanche Of Press Invites

I had a nice phone call with the journalist and thought nothing of it after.

I expected to hear from some friends who may see it once the story is published and planned on skipping social media as I am well aware of how people will always have something negative to say about anything.

Of course, things never work the way you imagine it will.

A few weeks after I spoke to Business Insider, the Wall Street Journal emailed me.

If I was surprised by Business Insider contacting me, I was perplexed when the Wall Street Journal reached out.

Why on earth would all these big, international, mainstream media outlets be interested in my story?

I felt like I was living on an alternate universe. If this had been the attention I received about my work, I would have been overjoyed.

But I’m not there yet.

Given the enormous audience population of the Wall Street Journal, I naturally assumed that my story would be embedded as a small quote in a bigger article.

I had a great experience chatting with the journalist and was very impressed by how well communicated the entire process was.

As we wrapped up the interview, they said they wanted to send out a photographer to take my portraits.

“Huh?” I thought to myself.

My press newbie self was confused. It was then when I realized that I may not be just a small quote.

When the news broke, my face was on the cover of the story.

It was then when all hell broke loose and the avalanche of responses rolled down the mountain.

I Learned A Lot From The Trolls

Not only did I hear from every single acquaintance, as expected, I was also trolled relentlessly in the comment sections.

I allowed myself to read the first few to get an idea of how people think — as part of my PR self-study.

When I told an acquaintance about this, he said: “I would not be able to take that many insults. It would make me very upset.”

Strangely, I was not at all upset.

I learned that once you become the subject of a story as told by someone else, whether that’s your grandma or one of the biggest news media outlets in the world, you automatically become a manufactured version of yourself.

You become a spectacle — not a real human being anymore.

That is why I never assume I know anything about a celebrity. It is as simple as — I literally don’t know this person. Just because I heard something about them on the news doesn’t mean it’s accurate.

With that knowledge and mindset, I was able to pull myself away from taking anything personally.

There are several types of trolls that I discovered:

My Story Was Told By The Press, Partially

As they say, nothing is as it seems.

While the journalists have the obligation to get the facts right, they have the freedom to write your story in whatever angle that makes the story click-and-read-worthy.

In my case, they told half of my story.

They skipped over some crucial details — the fact that I did not sell the property because of mold but because I got a loan I couldn’t afford after running out of money on repairs.

As a result, some of the commenters based their judgments on a completely different basis — one that is far from the reality.

Because of the angle, I appeared to be someone who couldn’t deal with mold rather than someone who made a bad financial decision.

To a certain extent, I do not blame them.

On the other hand, I am glad that I get to have this experience to increase my media literacy.

In a way, my story was sensationalized. But which story isn’t? In a world where media companies have to rely on advertising revenue to survive, producing content that generates as many clicks as possible is a sound business strategy.

As a member of the general public, the best favor we can do to ourselves is to read everything with a grain of salt.

We do live in a very negative world, but it is the people who extend kindness that reminds us why it’s worth living this life.

As I was inundated with troll messages, I also received some incredibly kind ones.

I even grabbed lunch with a really cool and well-known musician who saw my story and reached out. Had I not been published, I would never have gotten to meet great people like that.

I also made friends with the editors, journalists and photographers who were all very kind souls.

Unexpected Learning From An Unlikely Experience

The third and hopefully final wave of this PR madness came from the TODAY show.

Life has an interesting way for coincidence.

When I spoke to my real estate agent Lori, who became my great friend, she told me that I should go on the TODAY show.

With the avalanche of negative responses I received, I laughed it off.

I was ready to be done with it.

Guess what? The TODAY show called, a few weeks after Lori mentioned it.

She did not sell me out — it just happened like that.

I was ready to reject the interview until I learned that their angle would be educational and not sensational.

When I spoke to the producer on Zoom, I learned a lesson about myself — I am terrible at speaking to a dead screen with no one giving me feedback, as I kept messing up my sentences almost like an actor failing to deliver lines.

As someone who has become comfortable at public speaking through teaching and giving talks at conferences, this was a rude awakening.

Reflecting back at this crazy experience with some of the biggest news media outlets in the world, I learned several important lessons that I will never forget:

If you are an entrepreneur like myself, there are a few things I learned from this experience that can be applied to growing your business.