How I Bought An NYC Skyline View Home with 60k Salary 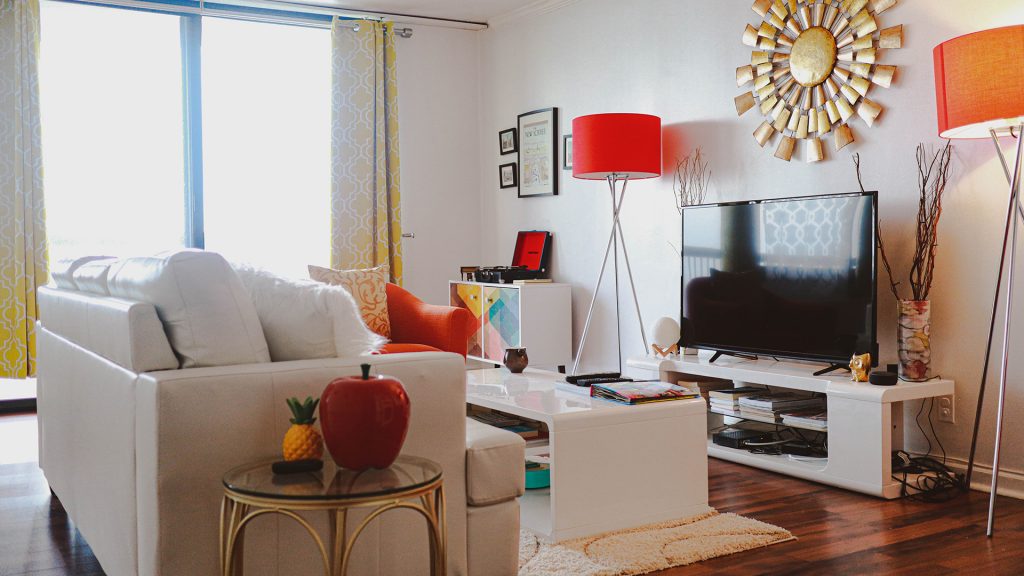 When I was in my mid-twenties, my living situation became frustrating. I had been living in an apartment in Queens, New York with a roommate and renting out our living room to lower our expenses.

After several horrific roommate incidents, including one that involved our living room subtenant almost burning down the apartment, I began to question my co-living situation.

I felt that it was time to move on. As to where, I had no idea.

One day, as I was talking to my mother on the phone. She asked me if I had thought about buying my first home.

Having moved to New York right after college, I was accustomed to the high rent and subpar living condition. The idea of buying my own home with a modest salary of 60k a year working as a graphic designer has never crossed my mind, not to mention the fact that I was single.

“I can’t afford that. Do you know how little I make?” I told my mother without thinking twice.

“But have you even looked into it?” said my mother.

It was then when I realized that I needed to do my own research before coming to a conclusion that I can’t afford a home in New York, arguably one of the most expensive real estate markets in the world.

The search didn’t start off promising as I realized that most apartments available in the New York area are out of my budget, not to mention that roughly 75% of them are co-ops.

When people buy co-ops, they aren’t actually buying real property because co-ops are owned by corporations that sell shares to buyers. In addition to the “non-ownership” nature as a buyer, you also have to seek co-op board approvals for almost everything you do with your apartment, such as renting, sale and renovation. The board want to maintain the quality of the community by knowing exactly who you rent/sell to and what you do with the apartment.

I couldn’t stand the idea of not owning outright when I make such a big investment. I wanted it to be a true step-up of my old living situation — being a true owner of my living space and whatever I do with it.

That’s when I decided to expand my area of search.

I came across an area called Riverdale in the Bronx — a safe and picturesque residential neighborhood right above Manhattan. It is still within the 5 boroughs of New York City, but much more affordable with way less traffic noise.

I found quite a few properties there that fit within my price range, but ultimately decided that the neighborhood wasn’t a fit for me. It is still dominated by co-ops with few amenities nearby. As a single woman in my 20s, I knew that I would become bored of the neighborhood pretty quickly.

Say No to Location Snob

The search continued. This time, I made the decision to look outside of New York City.

It wasn’t an easy decision because I worked full-time in the city and the thought of commuting from another city and potentially sacrificing my social life was not appealing.

However, the reality of the market left me with few options — I can either give up on buying or look away from the city that many consider the center of the world.

If buying a home is my priority, I cannot afford to be a location snob.

Since New Jersey is just a river away, I decided to give it a shot.

I was excited to find a large inventory of condominiums with a few co-ops here and there— exactly what I was looking for.

One day, I got connected to Louise, a local realtor in New Jersey. She is a retired teacher-turned-realtor, jovial with a great sense of humor. We immediately hit it off and became friends.

Every weekend, she drove me around New Jersey looking at different properties. Being the proactive buyer that I was, I found most of the listings myself through major real estate websites like Trulia, Zillow, Redfin, Realtor.com or directly from the Multiple Listing Service (MLS), which is where most realtors pulled listings from.

After months of weekend road trips with my amazing realtor, I found a beautiful studio-turned-one-bedroom condo apartment by the Hudson River with a view of Manhattan. It was fully-renovated in a nice building and the price point was right above what I could afford.

Regardless, I made an offer. I knew good properties don’t last, even outside of Manhattan.

My offer came in slightly lower than the asking price because I realistically could not afford it at the time.

I was prepared to be countered but didn’t expect that the seller would decline my offer just a day later. Apparently, another buyer offered at asking price right after me. I had heard about bidding wars, but didn’t expect the heartbreak would come so soon!

After Losing My “First Love”, I Found “the One”

After losing out on my first offer, I got discouraged — I thought I would never find anything as good again.

Louise encouraged me to keep looking. A few months later, I found the home I was going to eventually purchase not far from the first apartment that I lost. It is much bigger than the one I thought I wanted so much and only slightly more expensive. At that point, my financial situation had improved and I could afford a higher price.

The apartment boasts a sweeping view of New Jersey, the George Washington Bridge and part of Upper Manhattan. The building has 24/7 concierge service, gym, pool, steam room, community room, dog park and dedicated parking garage for all residents. The express bus to New York City is right in front of the building. For all that amenities, the condo maintenance fee is surprisingly affordable. Even though the apartment itself was not in top notch condition, I knew it was a good deal.

The asking price was still a bit higher than I wanted to pay. But this time I had an advantage — the seller wanted to sell quickly and there wasn’t another compelling offer.

Louise quickly made friends with the seller’s realtor and learned of the price that they were likely to accept — it was below asking price and within my range. She started to draft up the contract as I flew to Florida for a vacation that I had planned earlier.

In real estate, everything moves fast.

Louise hounded me with texts while I was on the beach as we began negotiating with the seller. I signed the contract electronically while sitting on the beach.

There was no time to lose — good properties don’t stay just because you’re on vacation.

A Trick to Save Thousands in Legal Costs

My offer was quickly accepted, much to my relief. I finally found my first home!

Then it was time to hire a lawyer to go over the contract and take care of the closing process. I took advantage of Hyatt Legal Plan, an employee benefit program that provides free legal service of certain categories for a small premium of $5 per month.

This is a benefit that many big companies provide but most employees either don’t know about it or rarely utilize it. Knowing that I would be in the market for a new home, I elected this benefit as soon as it became available to me. It is a no brainer to pay $5 per month and save thousands of dollars in legal fees.

Getting a Mortgage Was Less Daunting Than I Thought

Meanwhile, I also learned that in the process of buying a home, everything happens concurrently.

I had to be prepared to handle all the paperwork and stress even though I had a realtor and a lawyer working for me.

I was applying for a mortgage at the same time as I was finalizing contracts with the lawyer and seller. Meanwhile, I was also looking for a home inspector and contractor for minor renovation work to prepare for the final closing and move-in.

The process of getting a mortgage may seem daunting to many as there are so many requirements and paperwork, not to mention having to compare thousands of available options from different lenders.

Word of mouth played an important part in my decision as I trusted the recommendation of my former colleague who was an experienced homeowner. Of course, I did my own research before making the final decision.

Before starting your home shopping with a realtor, most of them will require that you get pre-approved for a mortgage. The process was relatively easy — I provided them with my income statement and was quickly pre-approved.

However, in the actual mortgage approval process, they did scrutinize every bit of financial information I provided. In order to get approved for a mortgage, the borrower has to show good credit and a stable source of income. A year or so before I decided to shop for a home, I started to strategically save every month to make sure I can afford the down payment.

It was definitely challenging because my salary was still modest at the time. Being a single buyer only added on to the challenge because I had no one to share the cost with, but it afforded me the opportunity to be truly independent.

The Realities Of Owning Property

Being a homeowner is empowering because you are no longer at the mercy of your landlords. You can take advantage of certain tax breaks. You can also make significant profit by selling your property later down the road when the market is right.

Of course, it is not without drawbacks.

My monthly payment now includes mortgage, property tax and condo maintenance fee, which adds up to more than what I paid in rent when I lived in Queens.

There is also unexpected maintenance cost that I had to come up with when something goes wrong. One time, I had to pay $600 to fix a severely clogged pipe in my bathroom. Having no landlord suddenly didn’t seem so fun.

Meanwhile, high living cost is driving millennials out of big cities. Many are delaying home-buying well into their 30s trying to pay down enormous amount of student debt.

While I didn’t have rich parents supporting me, I was spared of student loans because I was an international student who didn’t qualify for any but was lucky enough to receive a full-scholarship from my college. Not everyone is so lucky.

Therefore, my article is not meant to say “you can do it, too.”

Instead, I’d like to share how it was a simple question from my mother that made me realize how I drew conclusions too quickly. If you are looking to buy your first home, hopefully my experience provide some insights into how you can get started.

Owning a home is a huge undertaking, but if we start by asking “how can I afford it” instead of saying “I can’t afford it”, we are half way there.

To watch a video recap of my experience, check out my YouTube video.